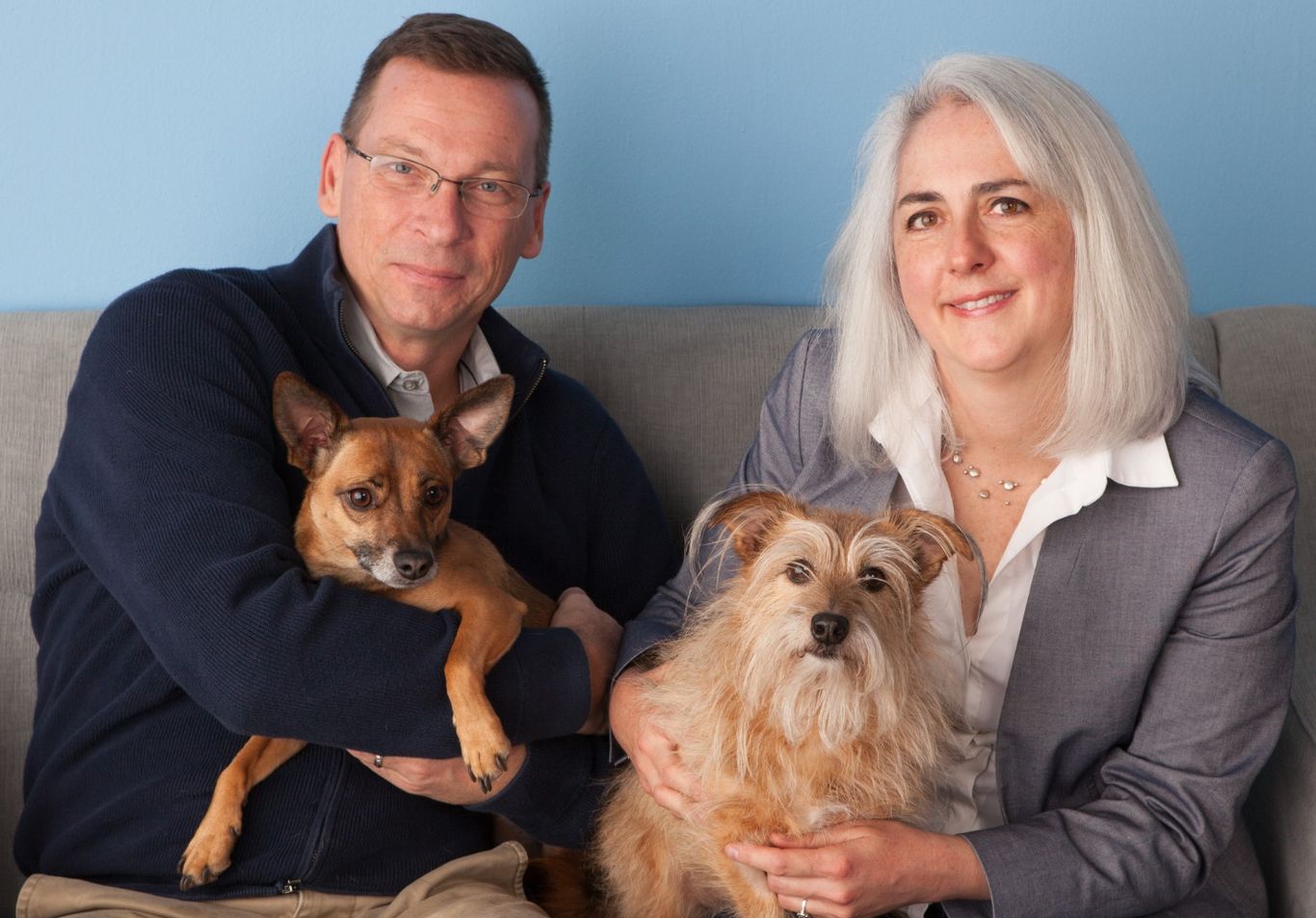 Both of my parents grew up in Kansas, and my dad and stepfather were in the Army so I moved around when I was younger. I have lived in Ohio for 43 of my 54 years, attending St. Andrew grade school and then later Columbus School for Girls for high school.

My husband, Terry Eisele, and I met when we were students at Miami University in Oxford, Ohio. We lived in Chicago after graduating, and then we taught overseas for a couple of years. When we returned from our jobs in Switzerland in 1993 to go to graduate school at OSU, we decided to live in the Grandview area because of the proximity to campus and the walkable neighborhood.

While I was in grad school I worked at Stauf's from 1993-1994 when they first opened the café side. The following year I did my student teaching at Grandview Heights High School.

In 1997, Terry started as one of the coaches for the Grandview Heights High School girls' soccer team and has been coaching there ever since (except one year when we moved to California). When we moved back from California in 1999, we bought our house on Copeland Road. We have been here ever since with many dear animal friends during that time including these two sweet dogs we adopted six years ago.

At Miami I studied Marketing and minored in Decision Sciences, and at OSU I got a Masters of Education in Math. I have used these degrees over the years as a high school and community college math teacher for seven years and as a SAS programmer for 15 years, 11.5 of those spent at Bank One/Chase where I finished my time there as a Marketing VP/SAS programmer.

The last three years I was at Chase I used my four weeks of vacation each year to go to France and get my pastry chef diploma. I've been operating my home based pastry business, Pâtisserie Lallier, full-time since 2012.  Pre-COVID I spent half of the year as a vendor at the Clintonville Farmers' Market and the other half at the Indoor Worthington Market. Over the years I also provided pastries for many wholesale accounts including Luck Bros and the Grandview Grind. I have since switched to an online ordering/delivery system.

Terry has been an English as a Second Language professor for 30 years. As teachers we both realize the importance of education, and we appreciate the excellent schools in our community. In 2011 we provided a scholarship to an outstanding French student at the high school so that he could go on the school trip to France. In 2019 we started the Kozak-Eisele Scholarship to graduating seniors and have given $500 scholarships to seven students who have graduated over the past three years.

We have been Meals-on-Wheels volunteers for 15 years, and for the past year I have volunteered with Move to PROSPER, www.movetoprosper.org, a local non-profit that helps single moms and their children (13 and under) move to higher opportunity neighborhoods. Research has shown that the way to help break the cycle of poverty is to get children into better neighborhoods and schools. It is my hope that when MTP starts the demonstration program with 100 families next year, some of them will choose to call Grandview home.

I am also a member of GAIN - Grandview Anti-Racism & Inclusion Network, www.gaingrandview.com, and Sustainable Grandview.

Paid for by Friends of Michelle Kozak